On the 80th anniversary of the outbreak of World War II: Op-ed 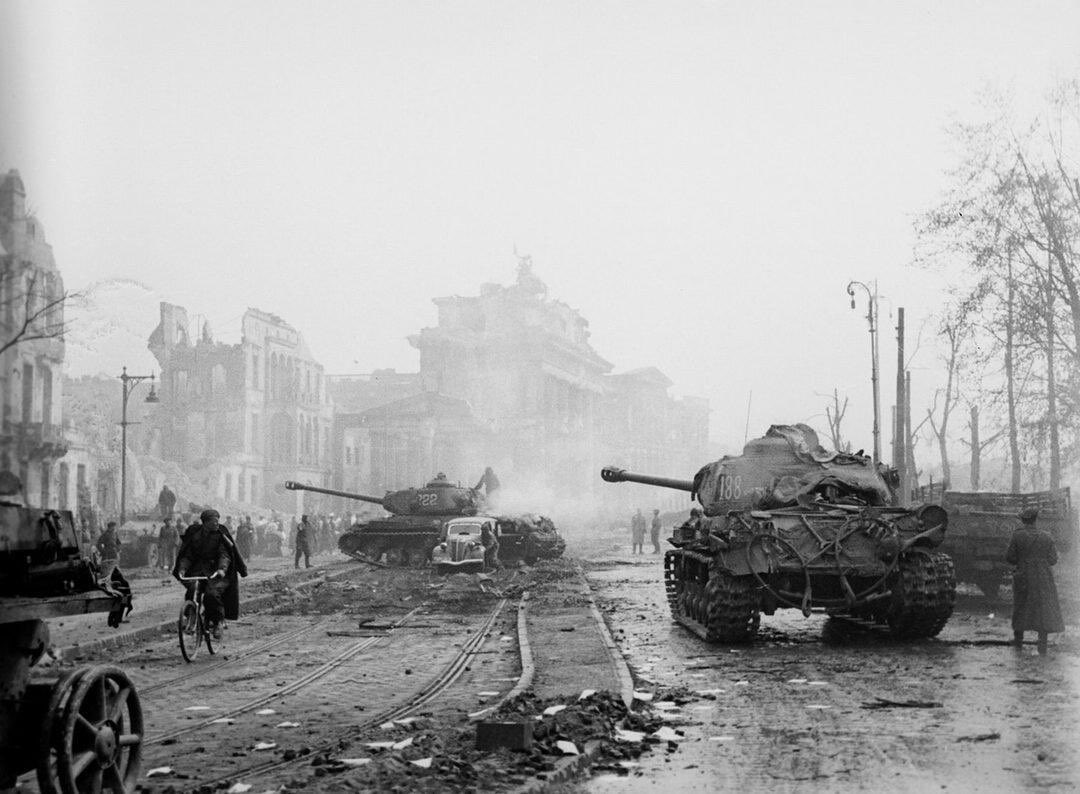 Sept. 1 marks the 80th anniversary of the outbreak of World War II, the greatest tragedy of the 20th century, during which the nations of the world became objects of aggression from the most powerful and organized military machine of the time, led by the hateful Nazi ideology. At the cost of tremendous efforts, the Soviet Union and its allies defeated Nazi Germany, liberating Europe from the fascist plague. The figures are terrible and speak for themselves: The losses of the USSR amounted to more than 26 million people, the Chinese people lost 15 million. Over 6 million Jews went “into the night and fog” of the Holocaust. Comparable losses were suffered by all other countries participating in the war.

Why is it important to remember all this today? As the great Russian historian Vasily Klyuchevsky said, history “punishes those who do not learn its lessons.” This is true, because the events of the 20s - 30s of the last century seem to take place again. Humankind is once again on the verge of truly tectonic changes. Attempts are again being made to redraw the geopolitical map of the world for the sake of the interests of a narrow group of states and their ruling elites. History is being rewritten, war criminals and their accomplices are being whitewashed for the sake of ideological justification of these processes. Again, the cornerstones of international security are ruthlessly being destroyed. The space of constructive international cooperation is getting more and more narrow, confrontation is on the rise, regional conflicts are multiplying, the world is becoming more and more unpredictable. And - as a consequence - again, as then, Nazism is raising its head, the number of ideological and political followers of those who were tried at the Nuremberg Tribunal is increasing.

Right now, in such a complicated international environment, it is important to remember well the lessons of history and not repeat the mistakes of the past. It is important to remember that the policy of appeasing the aggressor, attempts to ensure one’s security at the expense of others, as well as the unwillingness to create an efficient system of collective security – unwillingness dictated by narrow opportunistic interests, led to the greatest tragedy of the 20th century. Those who now lash out at the USSR for the conclusion of the so-called Molotov-Ribbentrop Pact of 1939 prefer not to recall the Munich Agreement of 1938, as a result of which the sovereign Czechoslovakia was sacrificed by its Western patrons “to the slaughter” of the fascist invasion. A year later Poland followed, also betrayed by those who, having promised to protect it, confined themselves to a symbolic “strange war” in response to a flagrant aggression against their ally. All this finally “untied the hands” of Adolf Hitler, strengthening his conviction of impunity.

What happened to all of us in the 20th century explicitly demonstrates: Only by joint efforts can bloodshed be prevented and most destructive conflicts of our time be avoided. And this is the world order Russia consistently advocates for.

The Second World War was the result of the persistent strive of a number of states to subordinate the international law to their command, to make it work for their mercantile tasks. And today we see that some players have taken a course to undermine the existing international legal system, to replace it with a certain “rules-based order” and “the law of the strong.” Diplomacy, a culture of negotiations and compromises is being replaced by dictate, unilateral extraterritorial restrictions and sometimes even outright blackmail.

A real threat looms today over the arms control system thoroughly erected by generations of diplomats. In fact, the milestones of the global nuclear security system, the ABM Treaty and the INF Treaty, have been rejected. The basic principles of the Middle East settlement, the Joint Comprehensive Plan of Action for the Iranian Nuclear Program, WTO commitments, the multilateral climate agreement and much more are being written off.

We must remember what catastrophic consequences can national egoism bring about. Impunity gives birth to such terrible events as the Holocaust and the death camps, in which millions of those who were not lucky enough to belong to the Aryan race were butchered. Today, we regretfully observe how those who carried out genocide in Auschwitz and Khatyn are raised to the rank of heroes, how Waffen SS “heroes” are being honored and marches of Nazis in the streets of cities claiming to be European are being organized, in the best traditions of the Reich. Meanwhile careful attempts are made to belittle or erase the true heroic feat of the warriors-liberators, who saved the world from the fascist plague.

The dangerous path to new victims of a new reshuffle of the world begins with the revision of the results of World War II, the denial of the crimes of Nazism, the attacks on monuments to the liberators, the rehabilitation and heroization of Nazi criminals and their accomplices. It begins with intolerance and xenophobia (for example, Islamophobia and Russophobia), with flirting with the followers of the Nazi ideology of all colors.

Nowadays, eight decades after the mournful day of the start of World War II, bowing our heads before the memory of innocent victims we must grasp the lessons of this tragic period in the history of our civilization and not bring our planet to a new calamity.

Mr. Alexei Yerkhov is the Russian ambassador to Ankara

LATEST NEWS
Six Lessons from a Pandemic
Regarding the Situation with the Glorification of Nazism and the Spread of Neo-Nazism and Other P...
Russian Pavilion at Expo 2020
All news